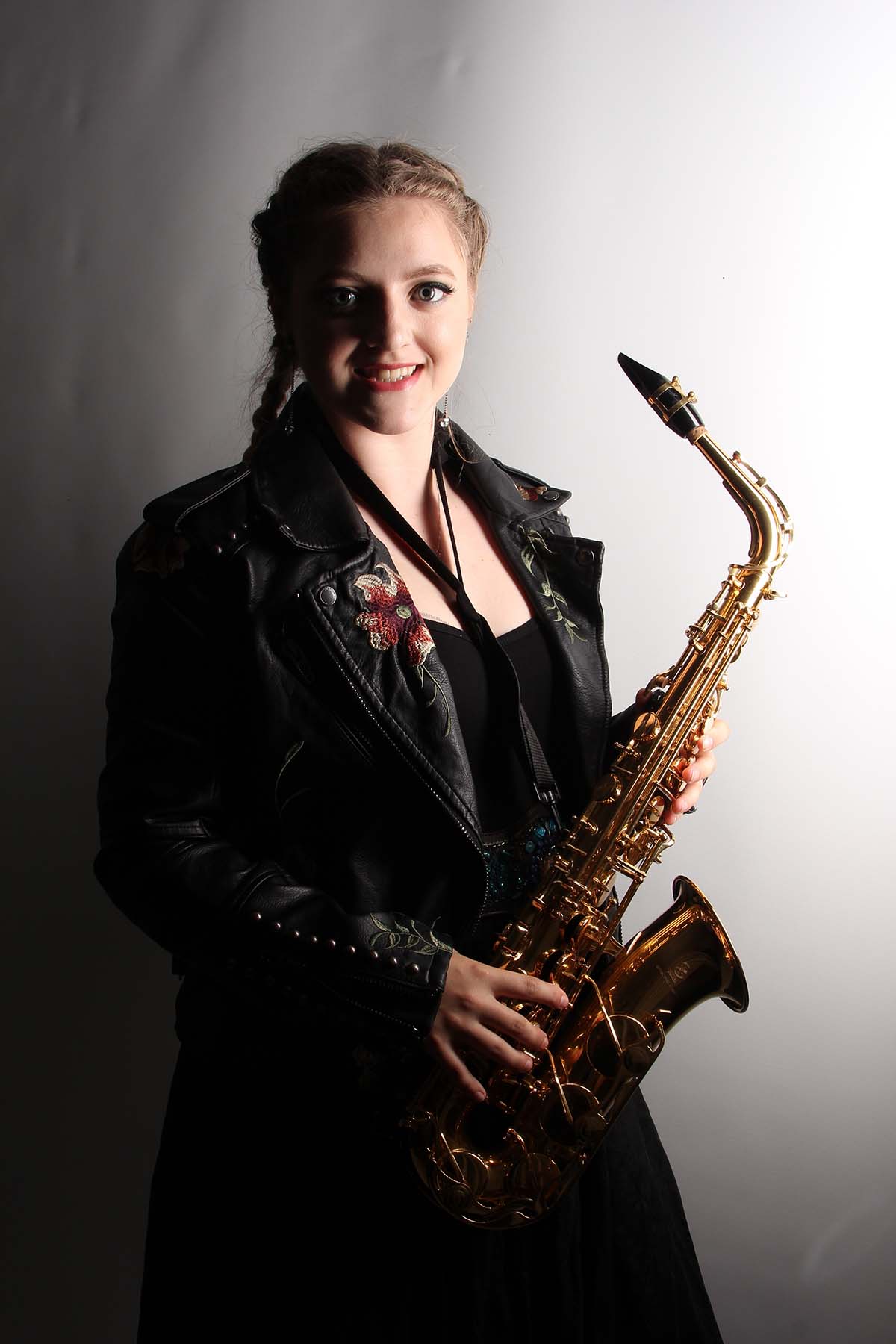 Congratulations to sophomore Katrina Sawyer! She is a member of Awty's Wind Ensemble and Jazz Band and she performed with the Texas All-State Band in San Antonio on Saturday, February 17, at the Henry B. Gonzalez Convention Center as part of the 2018 Texas Music Educators Association (TMEA) Clinic/Convention.

Katrina was chosen for this prestigious honor through a competitive process held this year across the state at the District, Region, and Area levels. She is a student of Aaron Montes’ and plays at Awty under the direction of Jason Peguero, who is a member of the TMEA, a 19,000+ member organization headquartered in Austin.

High school students selected to perform in the All-State concerts have competed through auditions to qualify at the state level. All-State is the highest honor a Texas music student can receive. Only the top 2.5% of musicians who initially audition become All-State musicians. Over 1,700 students are selected through a process that begins with over 70,000 students from around the state vying for this honor to perform in one of 15 ensembles (bands, orchestras, and choirs). TMEA sponsors the Texas All-State competition. This competitive process begins throughout the state in auditions hosted by 33 TMEA Regions. Individual musicians perform selected music for a panel of judges who rank each instrument or voice part. From this ranking, a select group of musicians advances from their Region to compete against musicians from other areas in eight TMEA Area competitions. The highest-ranking musicians judged at the TMEA Area competitions qualify to perform in a TMEA All-State music group.

These All-State students participated in three days of rehearsals directed by nationally-recognized conductors during the TMEA Clinic/Convention. Their performances for thousands of attendees brought this extraordinary event to a close. For the All-State concert schedule and conductor information, go to the performances section of www.tmea.org/convention.

Congratulations to Ynes Kang, 11th grade, for winning Best in Show at the Houston Livestock Show & Rodeo (HLSR) art competition! Her artwork will be on display in the Hayloft Gallery at HLSR through March 18. 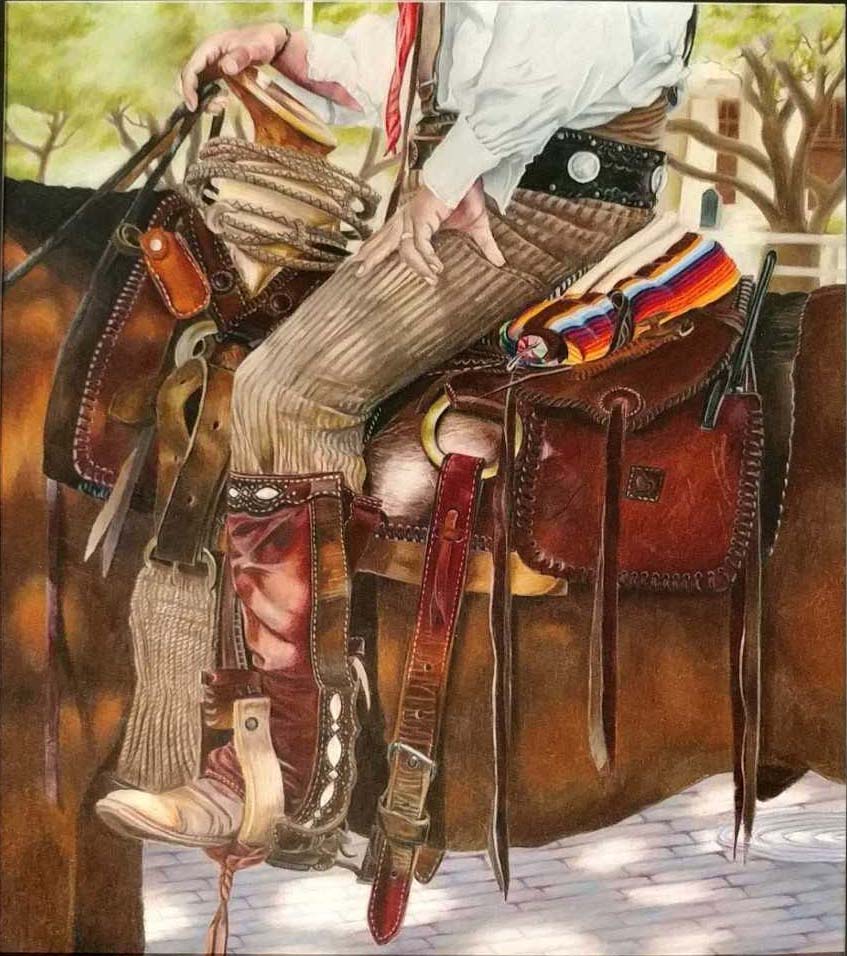 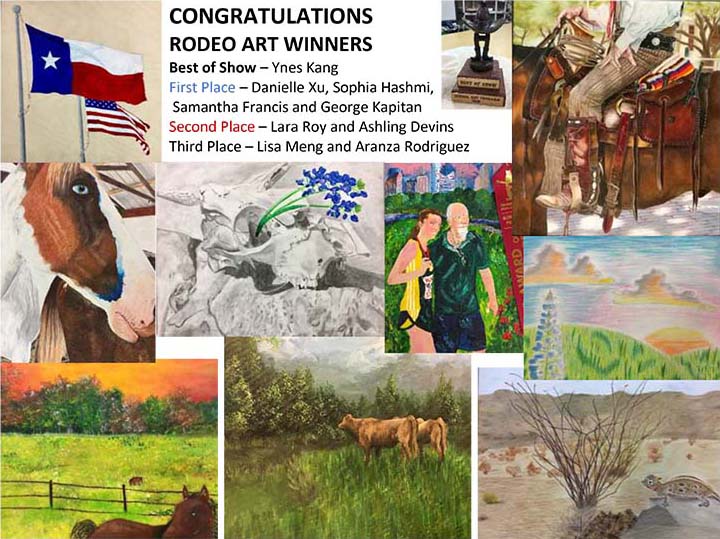 Artwork from eight other Awty students placed at the competition including: 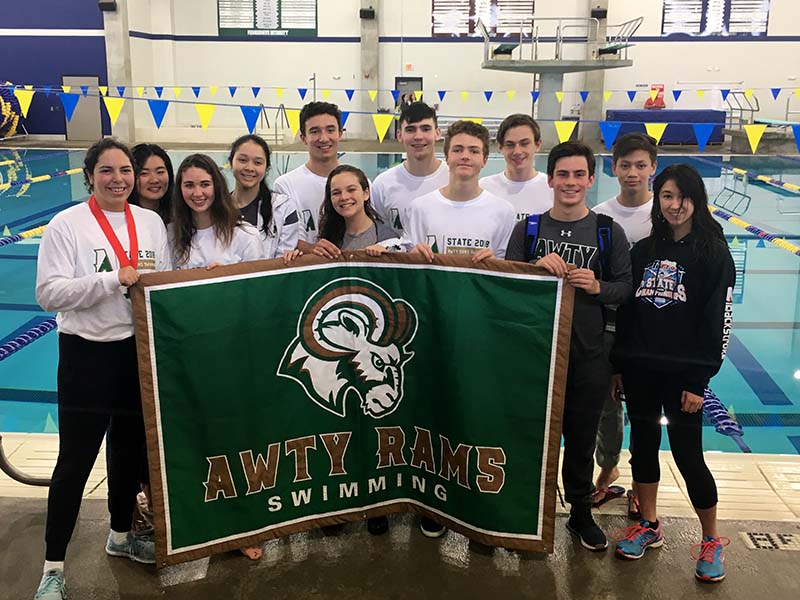 Overall, the Girls team finished 6th and the Boys team finished 10th. Bravo to Brandon Mahan and Leila El Masri! They both received second place medals at the state championship. Congrats also to the following students for breaking school records: 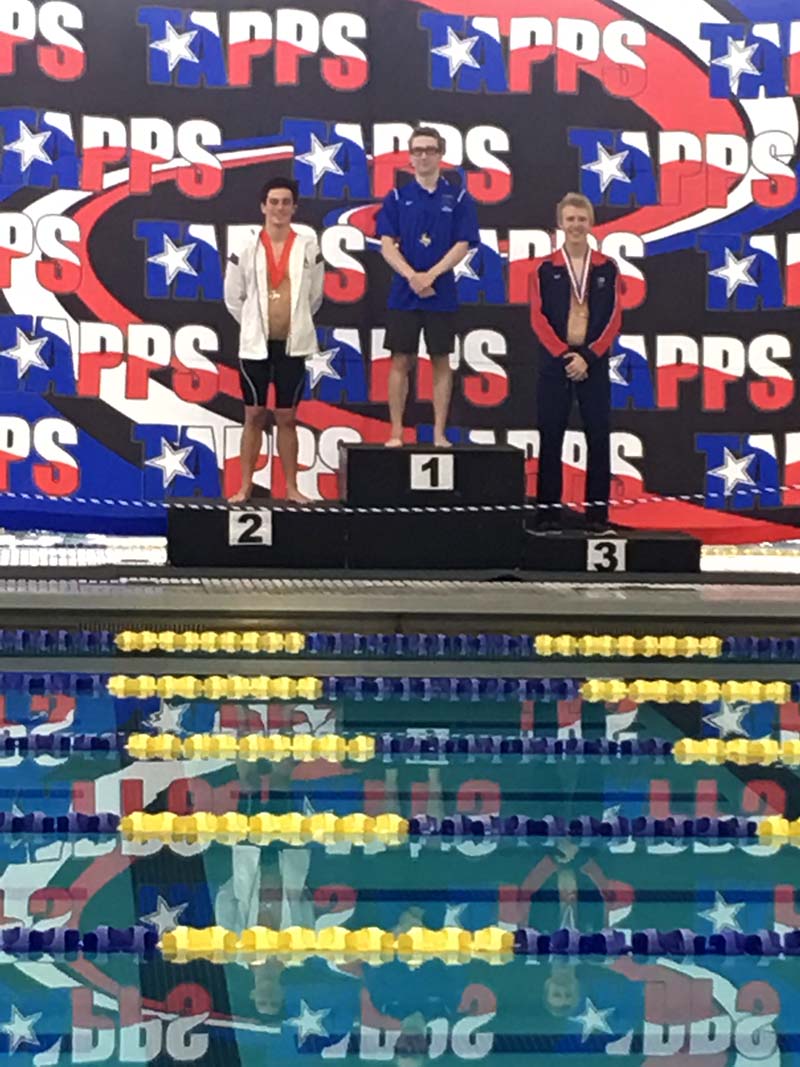 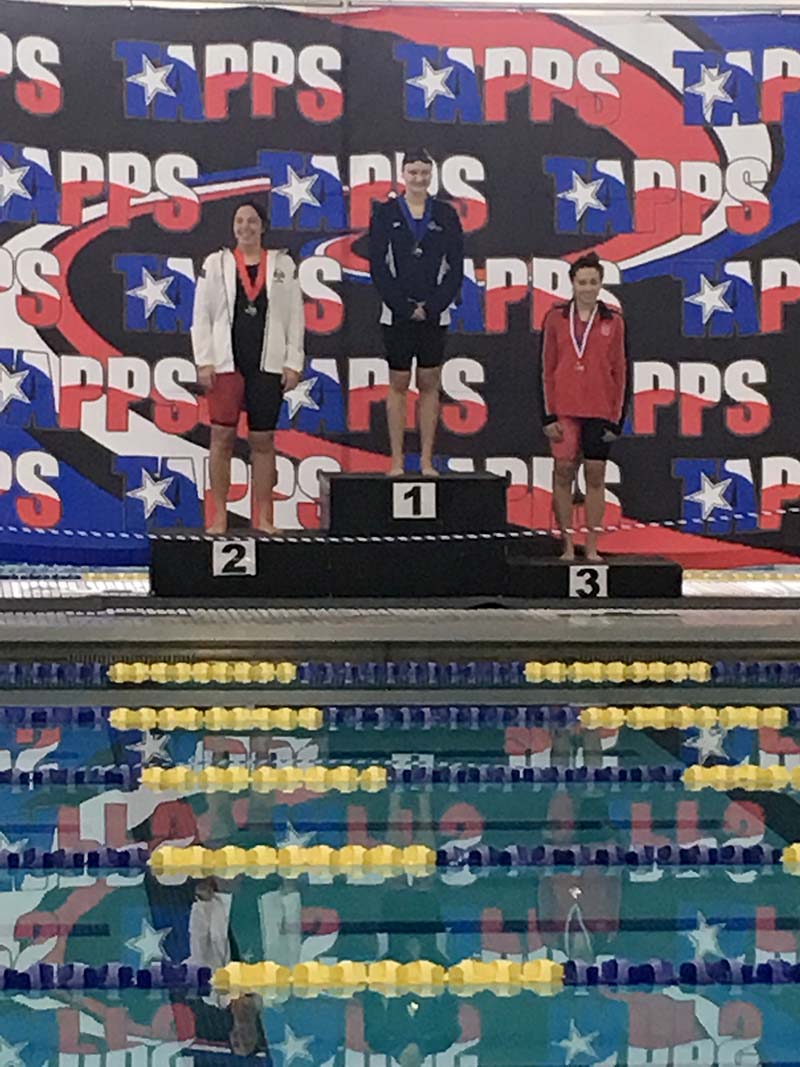 On January 27, Awty hosted the Region V Chess Championships (Texas is divided into ten regions). Over 250 players from small private schools to huge public schools participated. Awty entered three teams: High School Open (Varsity), Middle School Open (Varsity), and Middle School U700 (Junior Varsity). We won the championship in all three divisions we entered, giving us our best result as a school in the history of our chess program! You can find the full results here. 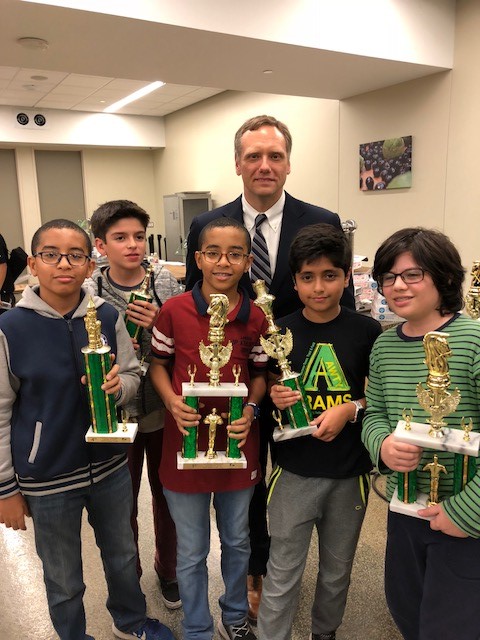 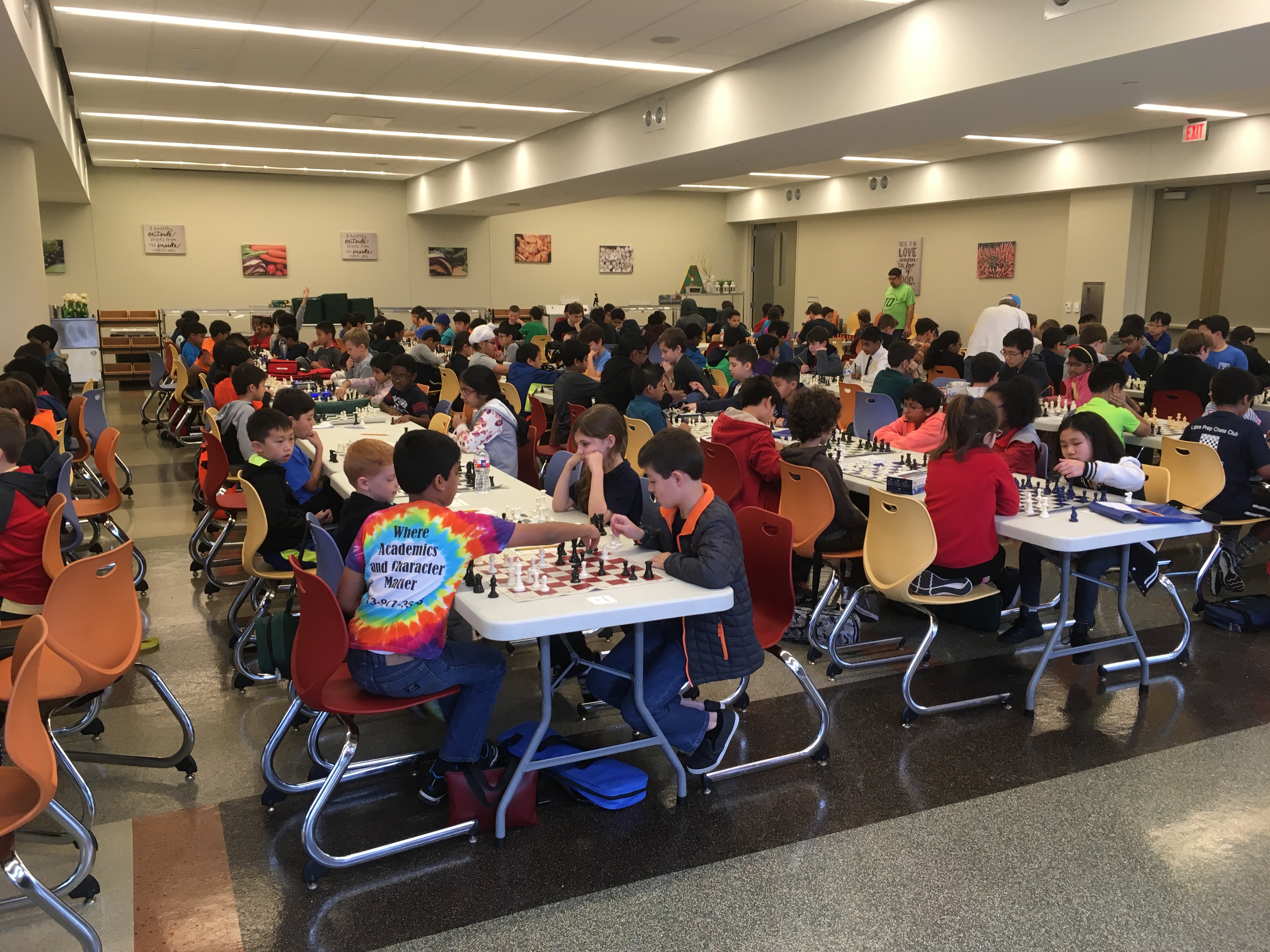 Elias Wolkiewiez, who will graduate this May after several years with the team, said it best when he remarked that these results show that the future of chess at Awty is bright. Congratulations to all! We look forward to the State Championship, held in Houston on March 9-11.

For the second consecutive year, sophomore Emily Zoorob has earned membership in the Texas All-State Choir. Her successful audition in January included a perfect score and the highest ranking on sight-singing in her voice part, meaning she sang a melody that she had neither seen nor heard before with zero errors. Very impressive!

Congratulations to the following winners of Awty's annual Geography Bee: 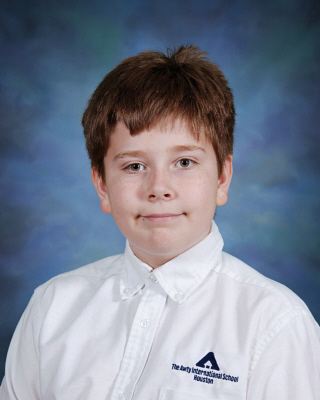 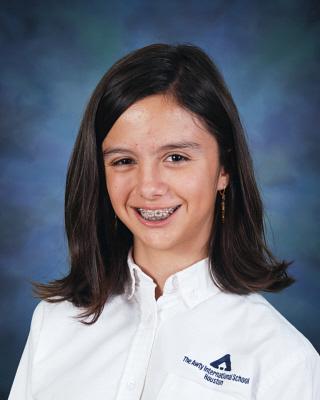 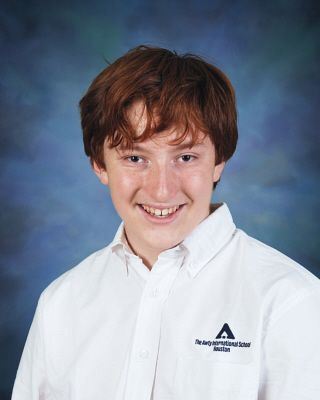 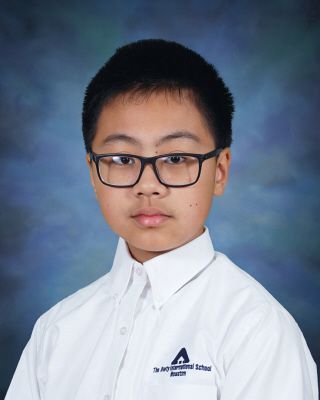 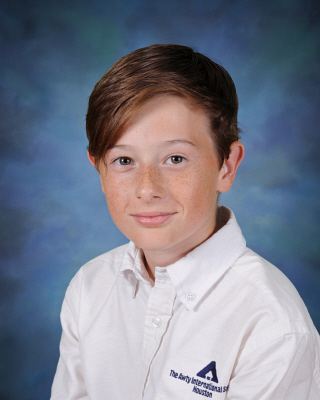 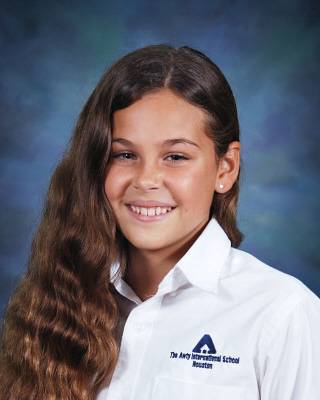 Awty hosted a “Trashy Art Competition” on December 6 in order to raise environmental awareness and promote creativity. This year, the theme was endangered species. The competition was open to all Middle and Upper School students.

We are happy to announce the winners of the contest:

Congratulations to all of the winners and participants!

awty student among via colori artists 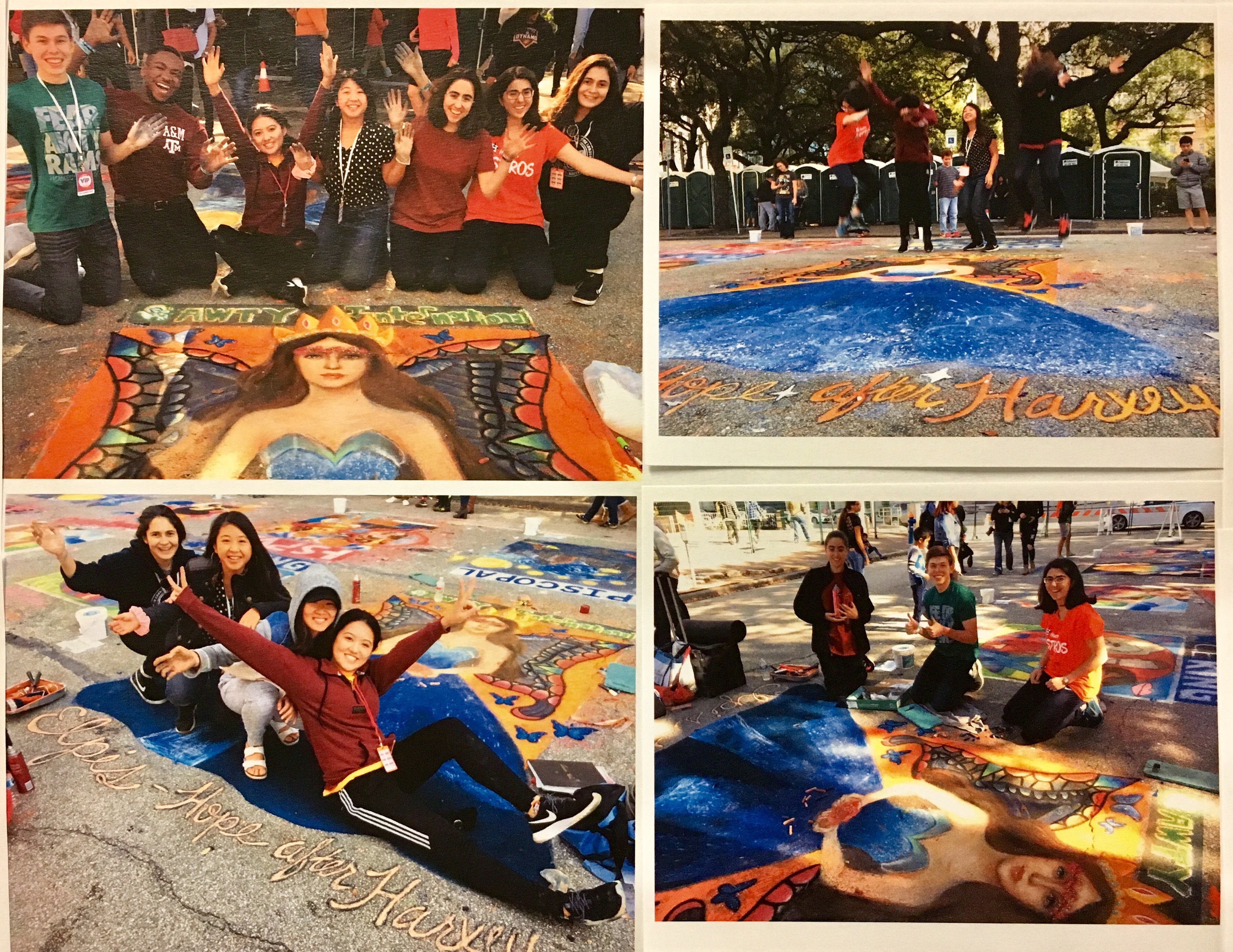 Via Colori benefits The Center for Hearing and Speech (CHS), a non-profit organization dedicated to helping deaf children listen and speak without the use of sign language. Since 1947, CHS has helped thousands of Houston-area children gain listening, speaking and literacy skills – the tools they need to improve their quality of life and achieve success in society. All of the Center’s programs demonstrate a commitment to enable deaf children to reach their full potential by teaching them listening, speaking, and literacy skills. Last year, CHS provided services to more than 10,285 children from 31 counties across Texas. For more information on CHS, visit www.CenterHearingandSpeech.org or follow CHS on Twitter @HelpingKidsHear.

Students in 4th grade/CM1 and 5th grade/CM2 competed in the annual Lower School Spelling Bee on December 5. In 5th grade/CM2, the winner was Finnian Helman and the runner-up was Parisian Inizan. Finnian won by correctly spelling staccato.

In 4th grade/CM1, the winner was Mark Lowe and the runner-up was Adela Nicolae. Mark won by correctly spelling homonym. 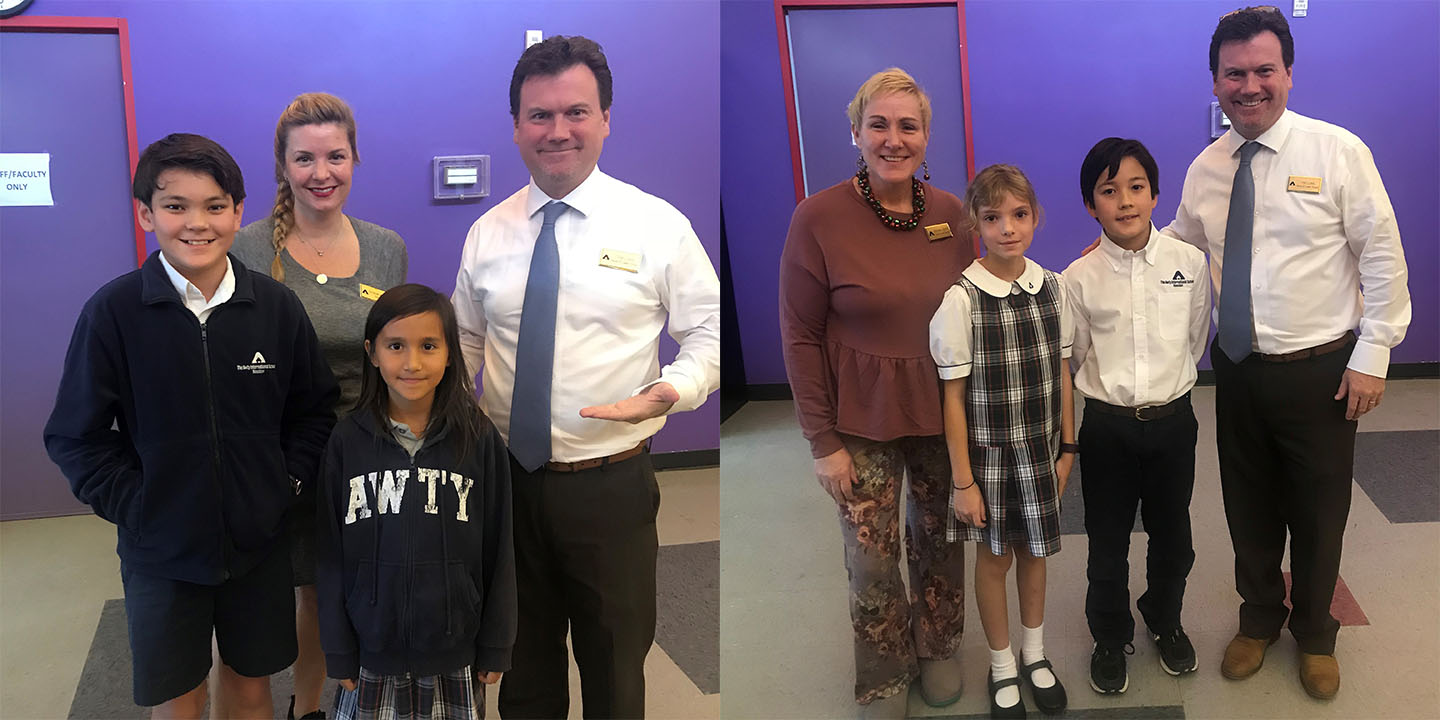 These students represented the Lower School when they competed in the Middle School Spelling Bee on January 4. Congratulations to all four students! 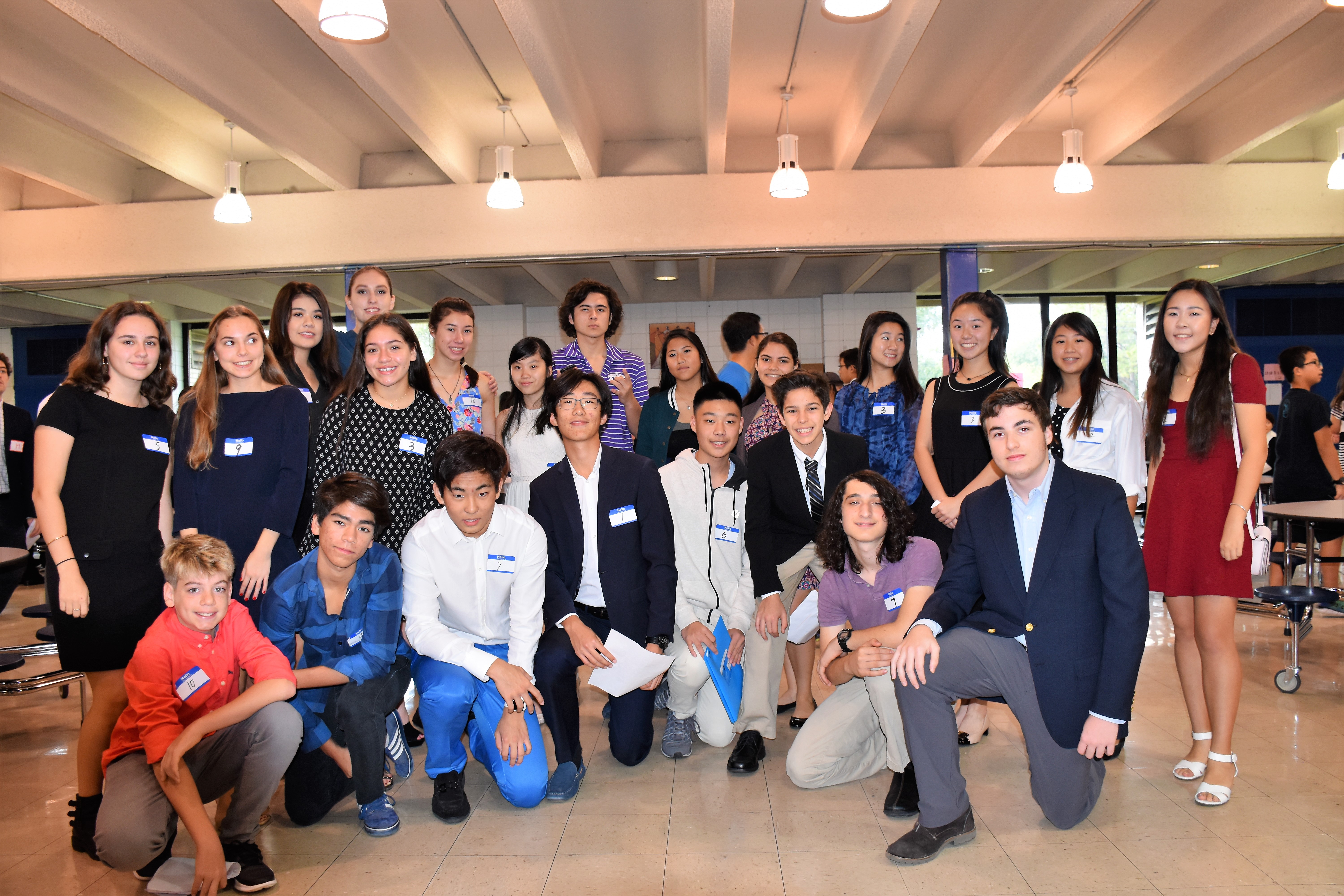 Congratulations to this group of enthusiastic and talented Awty students!

We now anticipate our earliest return to campus will be on Monday, May 4. Based on the President's and Texas Governor's recent extension of social distancing guidelines, Awty's campuses will remain closed through May 1; thus, we will continue with distance learning until we are able to return safely to school.  As this situation continues to evolve, we will keep you posted on any further changes, and ask for your understanding and support along the way.

For complete details, please check your email for a message from Head of School Lisa Darling or the Coronavirus web page.